The camera caught a little dog running after the ambulance, desperately attempting to be by the side of his owner, who were sick.

It was a heartbreaking scene, which demonstrated a big love and loyalty of a pet. 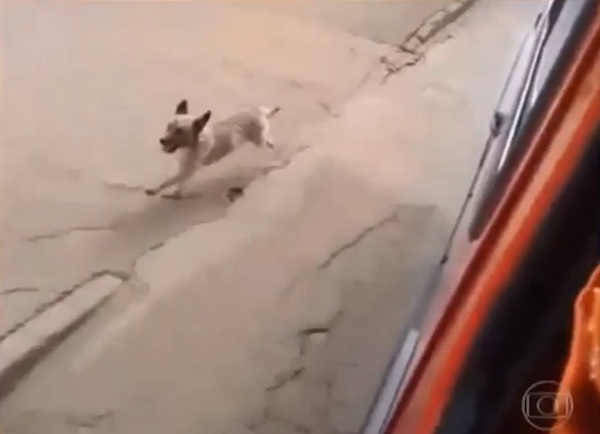 This tiny puppy named Spike is a stray dog. His owner is also homeless. They both have nothing but only each other.

Once more some people from the street  Taguatinga (in Brazil) and the ambulance team witnessed a touching  scene of  a loyalty, when the young human of this dog  has been taken to hospital. 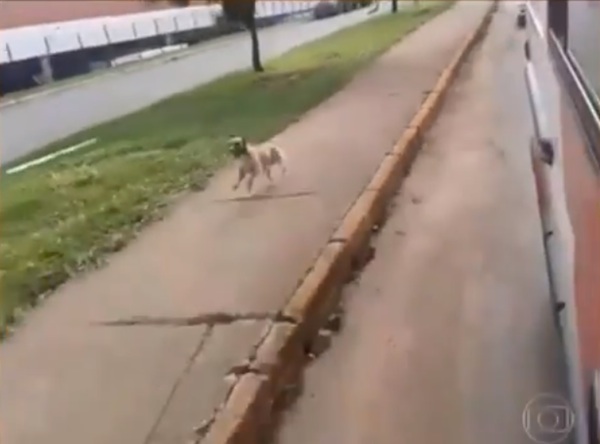 After picking up the homeless ill man from the street, the ambulance team noticed a tiny dog running after the ambulance. Whenever they go, the dog followed them.

The emergency staff didn’t first realize that the dog chasing them is the pet of the ill man  they were carrying.

They understood it when they had a stop at an intersection. When they stopped, the dog appeared in front of the emergency car. 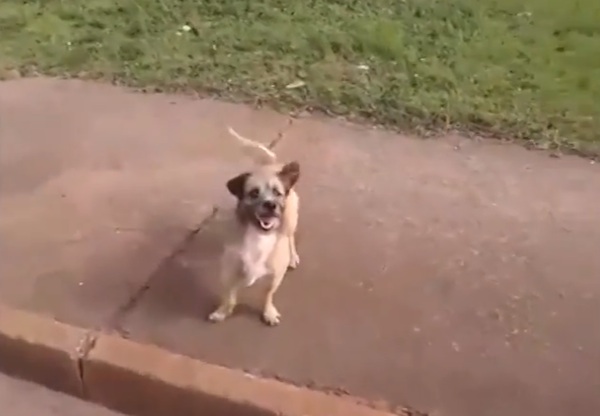 Then it’s clear that the dog wanted to be with his poor companion. The kind soul was so worried about his owner’s situation that was ready to risk his life trying to keep up with the emergency car.

The emergency team was concerned about the safety of the stray dog, so they picked him up. 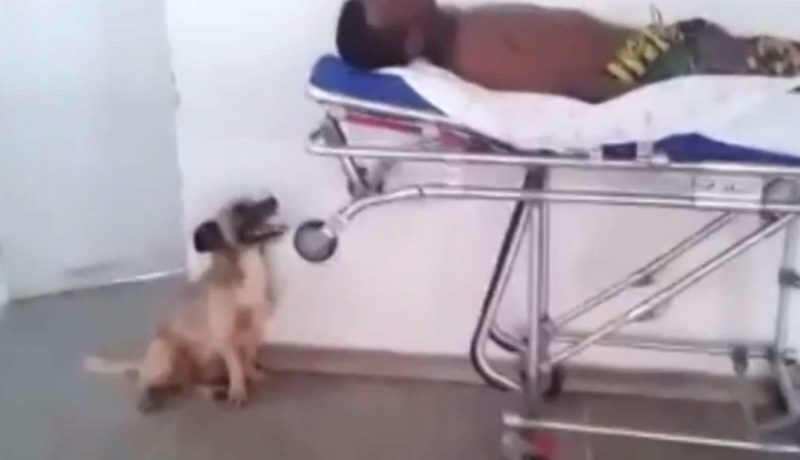 At the hospital, the loyal dog again was next to him all the time.

Luckily, nothing serious was discovered regarding the homeless man’s health, and soon they left the hospital.

The homeless man had no material wealth, but he was rich having such a faithful four-legged, kindhearted friend.

Watch this faithful dog’s journey in the bellow video!