Julia Torres from that refuge center takes care of nine tigers, four lions, cougars, jaguars, a bear, an ostrich and even a crocodile. 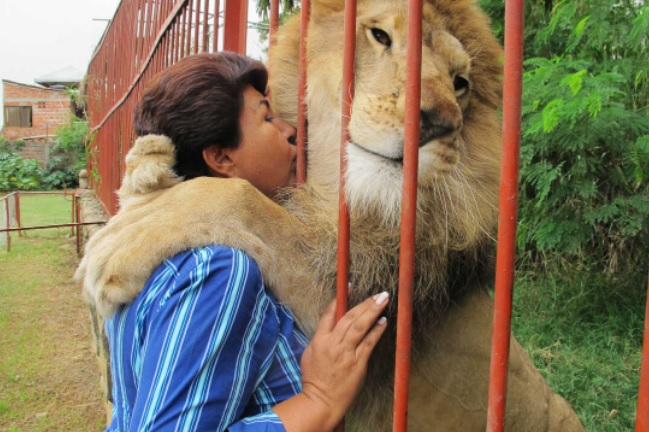 There are also chimpanzees, monkeys and lots of birds.

All these animals have one thing in common. They were abused.

Some of them have lost their limbs, some are blind or lost an eye. 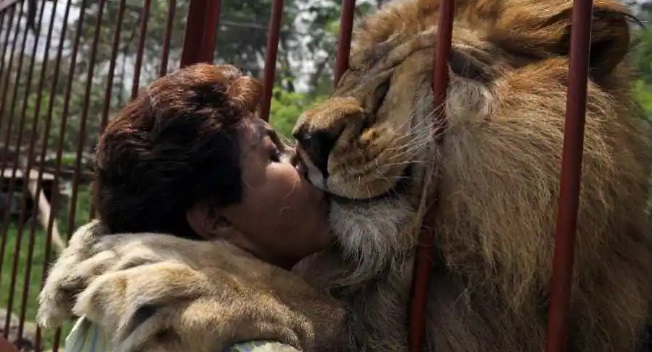 Julia says that she has 2 human children and 800 animal ones. Some of them hairy, some are clawed, but all of them are just wonderful.

Though the shelter has almost 800 animals, Julia’s favorite one was always the lion named Jupiter. 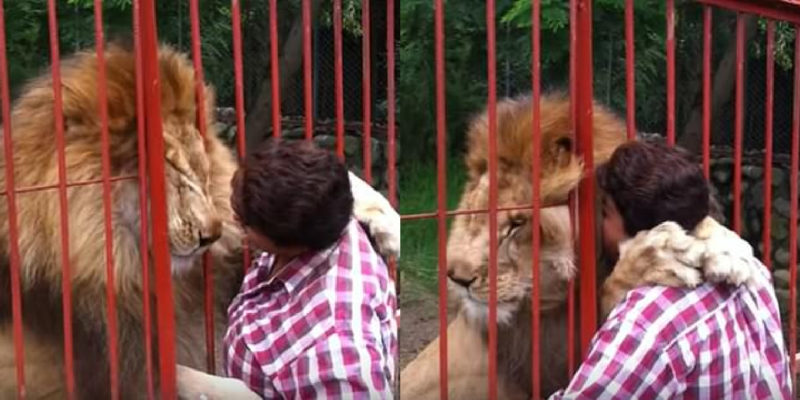 Torres rescued him from the circus. His previous owners removed her claws and often abused the poor animal.

That is why Jupiter had no trust for people and even had human contact phobia.

But when he met Julia, the lion just forgot about the existed phobia.

Unfortunately, the lion had to be transferred to a zoo in Monteria, because Julia didn’t have required documents for the lion maintenance.

At the zoo, Jupiter got sick and lost weight.

The veterinarians found out that he had terminal liver cancer and anemia.

But he was able to see his beloved Julia Torres for the last time.

Torres didn’t recognize him, because he was too thin.

Jupiter passed away in 2020, but Julia says that his memory will live on forever.